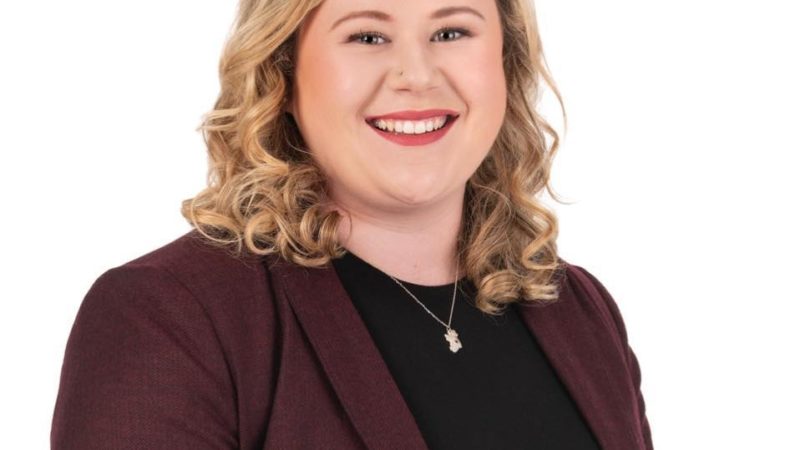 Evie Sammon, a Fine Gael Local Election Candidate in the Naas Local Electoral Area has said that all businesses in Naas would benefit from a Commercial Rates Alleviation Scheme for new businesses. Closed down businesses are a major issue in this Local Election and as a result it is a problem which I am going make serious efforts to try address if elected on 24th May.

Evie said: “When I have asked people at the doors about their concerns for the development of Naas over the next five years, empty retail units and more businesses in Naas is consistently coming up

Evie, the Parliamentary Assistant to Kildare South Fine Gael TD Martin Heydon said “I want to support new micro business and their attempts to establish new business in Naas and across Kildare. I believe that Kildare County Council could benefit in the long run from assisting micro businesses who want to open up here.

“One of the biggest impediments for micro business establishing in our town center, be they small shops, craft businesses, or sole traders is usually local authority rates bills. These bills often come in within the first month of the business opening up its doors.

“I don’t think that this is a fair system for new micro businesses, due to the high costs usually associated with opening a business. It is not a system which is conducive to promoting new business in our town. Therefore, I believe that a fairer approach is needed.

“If elected I will propose a policy that will ensure that no rates will be charged for new micro business for the first 6 months of operating, followed by only 25% for the second 6 months, 50% for the third, 75% for the fourth and finally the business will only be paying full rates after the first two and a half years.

“Fine Gael have a plan in place to enable Council’s to take such action. ‘The Local Government Rates Bill 2018’ which is at Committee Stage of legislative process will provide for Local Authorities to introduce rates alleviation schemes to support specific national and Local Authority policy objectives. This will be a reserved function of Councillors.

“This will be an important mechanism to allow Councillors to introduce alleviation schemes, for example, to reinvigorate town and village centres across the country which in many locations have been disrupted, to say the least, by the construction of large out of-town developments.

“I believe that this particular commercial rate measure I am proposing for new micro businesses is also essential to help Naas grow and flourish and I look forward to developing on it if elected” she concluded.