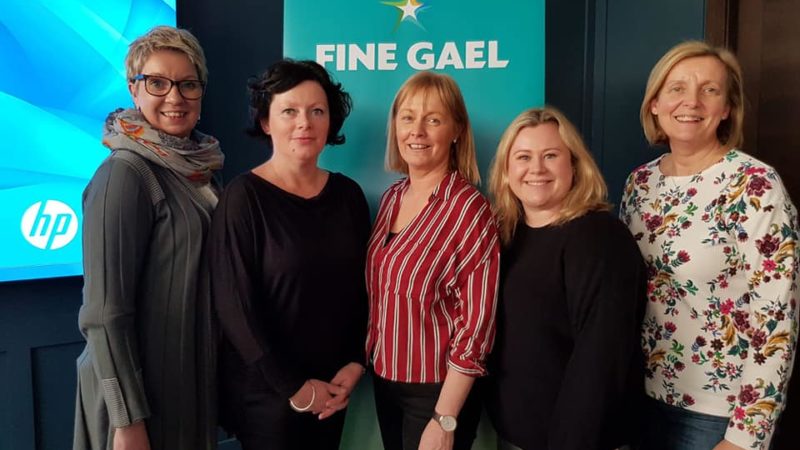 Fine Gael local election candidate for Naas, Evie Sammon has called on those who would like to see increased female participation in politics to actively support both female candidates, and those who support the aim of gender parity, in politics and for the upcoming local elections.

Evie Sammon said: “I believe lots of people agree with the idea that we need more women in politics in Ireland, in order to ensure our communities receive balanced representation.

“With this year’s theme for International Women’s Day being ‘Balance for Better’, I would encourage as many people as possible to turn the aspiration for more women in politics into concrete support for candidates on the ground who will work to make this a reality.

“Fine Gael in Government introduced gender quotas for General Elections in order to enhance the representation of women within Leinster House, and national policy-making. As such, I am pleased to run in the forthcoming local elections for Fine Gael with like-minded women and men who realise the importance of advancing actions to bring more women into politics as a whole.

She said: ‘I’m so fortunate to have received great support over the years from friends and family, neighbours, and colleagues within the Fine Gael party. Nobody gets elected on their own – in the words of Hillary Clinton “it takes a village.”

The young Ballymore Eustace woman has been an avid supporter of women in politics for some time and wrote her final year thesis on the impact of Gender Quotes on the 2016 General Election which saw the number of women elected to Leinster House increase from 15% to 22%.

“A record 35 women in Leinster House, I am sure I had classes in school in St. Mary’s College in Naas that had more women in them.

“It is something all parties need to work on and, in doing so, support women in running for election. I am not asking people to vote for me because I am a woman but what I am saying that I work to bring something different to the table as part of the local Fine Gael team, and I will be a strong advocate for change.

Evie attended Women for Election training last year where she had an opportunity to develop her campaigning skills and network with like-minded individuals.

“I’m delighted to have the opportunity to contest this election and I hope I will be an example for other young women in County Kildare who might be considering a leadership role of some sort, be it in politics, their local youth club, sports team, or school, to push ahead with their ambition and give it their best shot.”

“Many candidates, me included, would be only thrilled to hear from individuals who would like to help out with their campaigns. There is a job for everyone and no experience is required.”