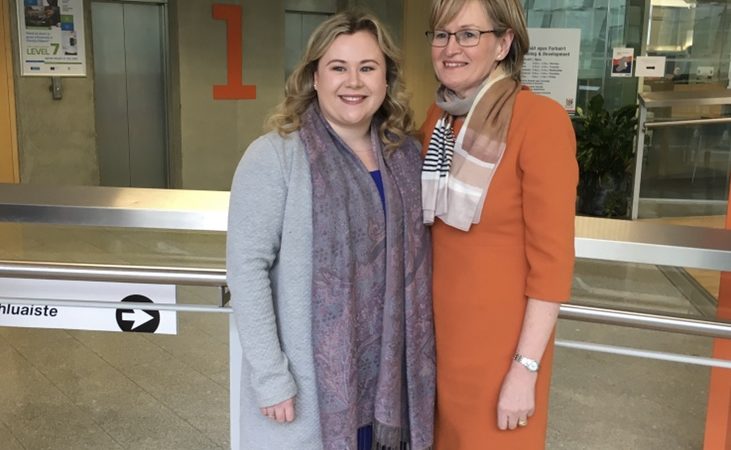 On February 11,  members from the Kildare South constituency nominated McGuinness as their candidate for the party’s upcoming European election selection convention in Mullingar on February 22.

Proposing the MEP at the meeting in the Keadeen hotel, Marjorie Moore of the Kildare town branch congratulated Ms McGuinness on her election to the role of First Vice-President.

Speaking after the meeting, local election candidate in Naas, Evie Sammon, congratulated Ms McGuinness on her selection and wished her and Maria Walsh all the best for their selection convention and the campaign.